What is the ultimate exit strategy when the worst happens? What if a global pandemic suddenly breaks out or we humans are threatened with extinction?

The sad truth is that if there is an apocalyptic outbreak, there may be no escape. Still, there are places where you have a slightly better chance of surviving. We’ll tell you where it is!

Islanders have the potential to re-create us

It sounds like something out of a science fiction movie, but the scientists themselves say that such life-threatening dangers are quite plausible. Nick Wilson, a public health doctor at the University of Otago in New Zealand, explains: „Discoveries in biotechnology could lead to a genetically modified pandemicthreatening the survival of our species.

„What then helps? Wilson explains: „Carriers may remain within a country, but they can also be rapidly transferred from one country to another. A closed, self-sufficient island with an isolated, technologically advanced population could then repopulate the Earth after such a catastrophe.“

Here, however, the researchers do not include isolated population groups without aids. The people need a wide range of technical experts to restore a modern civilization as we have it today. Other important characteristics are the geographical location, the availability of natural resources as well as political and social characteristics of the society. 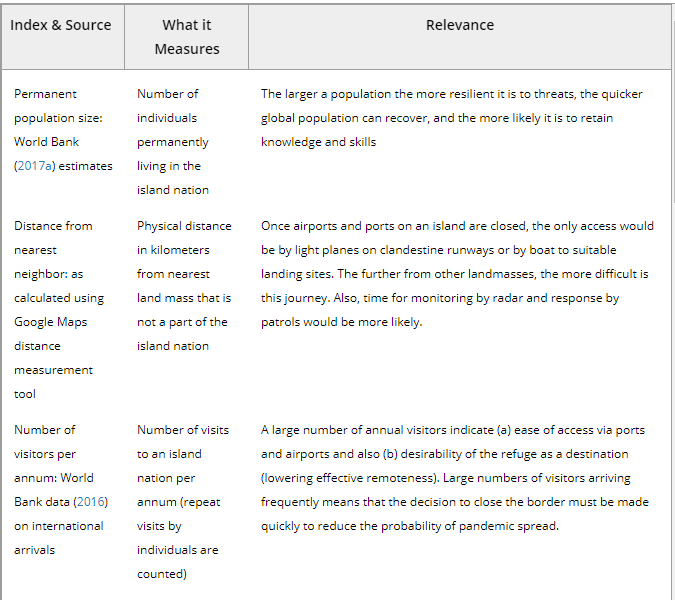 The ranking ranged from zero to one. Australia made it to the top of the podium with 0.71. Close behind are New Zealand (0.68) and Iceland (0.64). All others of the 17 hypothetical refuges scored less than 0.5 points. These include Japan, Barbados, Cuba, Fiji and Jamaica.

The researchers explain: „It is not surprising that it is nations with high GDP that are self-sufficient in food and/or energy production.

according to the scientists.

Climate change can still turn the whole thing upside down

The researchers acknowledge that their methodology may contain a number of weaknesses that they will address in further research. Moreover, climate change in particular is a factor that can strongly influence and change the entire ranking. We hope, of course, that we will never need this gloomy ranking, but it is always important to weigh up our options.

„It’s like an insurance policy,“ Wilson sums it up.
So if you want to pack your seven bags and go to a safe island right now. Here you will find your dream destinations 😉