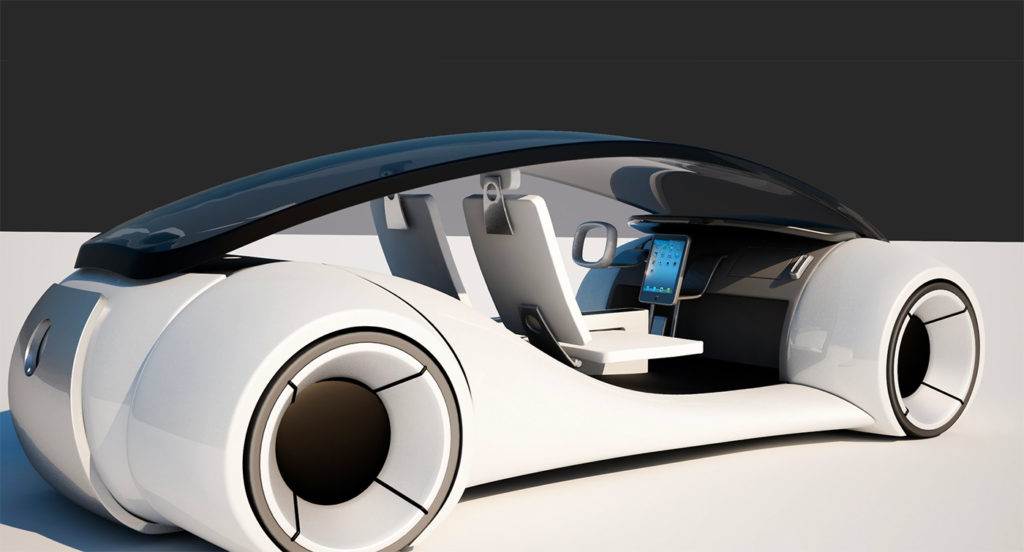 Apple has shown a lot of interest in autonomous cars in recent months and years.

Not only because they are seeking influence from the U.S. Transportation Safety Board to help with the new rules governing autonomous driving laws, but also because more and more visions and concepts are emerging that are supposed to show Apple’s“ iCar„.

Electric vehicles such as those built by Tesla, for example, also seem to be of increasing interest to Apple. Recently there have been rumours of various cooperations, including with German car manufacturers. Currently, Apple’s first choice seems to be the English sports car manufacturer McLaren.

CarPlay was one of the first signs to the public that Apple wants to enter the automotive market. CarPlay is probably less intended to ensure the entertainment in the car, but rather a first step in getting to the essential data for the development of autonomous driving of vehicles and drivers.<7p>

Already through the own map material a basis for autonomous driving has been laid, because the precise measurement of roads is one of the prerequisites for autonomous locomotion. CarPlay provides Apple with more relevant data that is much more profound than just GPS data.

In order to build an intelligent system, Apple relies primarily on real-time data, as CarPlay already offers. This includes, for example, the real-time traffic situation, which is used to avoid traffic jams. Today, it is already possible to retrieve the commuter route to work before the journey and thus to obtain information without making an exact search query.

The car looks ahead to which destination will be chosen and can thus bypass or warn of a possible traffic jam. But the networking of cars with each other is also of increasing importance! On the one hand, data can be shared in real time and information such as distances, accidents, etc. can be shared with each other. A good example of this is the BMW i3 and i8, which already use this capability.

The use of CarPlay gives Apple deep insights into car technology, and several German car brands have expressed their displeasure, but Apple seems to be able to deliver the much better solutions than the manufacturers themselves.

Video on the topic:

Will the iCar come from Apple?

There is no question that it will come, because Apple’s plans seem to be too advanced. The question is, how will it come! It is unlikely that Apple will produce the car itself, as there is no capacity to do so and it would not suit Apple.

Apple is producing, probably not only on the iPhone and co., but also on the iCar. Furthermore, it also seems impossible for Apple to acquire the know-how for automotive construction in such a short time. For these reasons in itself, it can be concluded that Apple will only take care of the software and perhaps also the design.

German carmakers are laggitly behind. For too long they have neglected the development of the software for the user! A prime example of this is the entertainment system of the cars, because how else could it happen that Apple and Google could now secure a supremacy. The systems of VW, BMW and Co. cannot compete with the functionality, usability, etc.

But one has recognized the added value, Tesla, in comparison, the German manufacturers almost seem like from the history book. Tesla is already one step further and has delivered the „autopilot“ to its customers. Tesla’s vehicles already have the necessary sensors and computing power!

It will be interesting to see who makes the race!

Google, like Apple, was in the process of building an autonomous car, but has rumoured to have stopped developing the self-driving car. The potential that Apple and Google already have through IOS and Android will not be able to catch up with the automakers so quickly.

Only Tesla and Mercedes seem to be able to deliver useful results so far, at least when it comes to autonomous driving. We’ll probably have to wait and see what Apple delivers. One thing is clear, however, it will be the „one more thing…“ that can make it difficult for the automotive industry.

UPDATE: Rumours are that Google has stopped developing the self-driving car since the head of the project left the company.